Today , May 18th, is International Museum day and I share with you one of my favorite sculpture of Galleria Borghese from my trip to Rome, Italy.  Gian Lorenzo Bernini's "Apollo and Daphne"(1622 - 1625) is carved in white marble.  It is inspired by a story from Latin book 1 (out of 15) "Metamorphosis" by Roman poet Ovid (8 AD).  Story has it that Apollo (Roman god of medicine and art) and brother of Diana (the virgin goddess of hunt) is full of himself having conquered a large snake.  He bullies Cupid (God of love, desire and affection) about his ability to handle dangerous weapons.  Cupid in spite, hits Apollo with a love-inducing arrow and Daphne (a river nymph, worshipper of Diana and a sworn celibate) with a love-repelling arrow.  Apollo pursues a distraught Daphne and when he finally catches up with her, she prays to her river father Peneus who metamorphoses her into a laurel tree.  Apollo, still in love, kisses her, bestows his gift of endless youth upon her and makes her a sacred plant.

So how did such a sensual, Pagan inspired artwork commission by Cardinal Borghese escape criticism of his Christian contemporaries?  By inserting a couplet of Christian morality in Latin by soon to be Pope Urban VIII (Cardinal Maffeo Barberini) "Those who love to pursue fleeing forms of pleasure, in the end find only leaves and bitter berries in their hands."   Aaah loopholes!

Check:  https://youtu.be/gX5IAVVbFGU  for a video from my visit.

This video is shot from an angle, as it was originally placed to be viewed.  As you walk in from the back, Daphne is not visible. A 360 degree look of the sculpture reveals mesmerizing details in each turn.  It captures the frenzied movement of a women running from danger juxtaposed against the numb stability of a tree in stone.  The details of the bark and leaves are just as natural as the expression of the faces! And even the feet convey the emotion. Very inspiring! 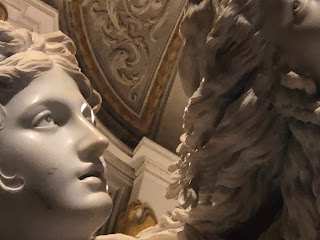 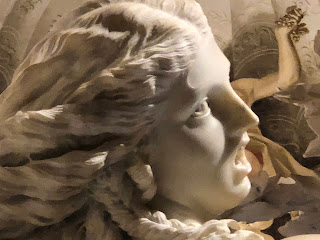 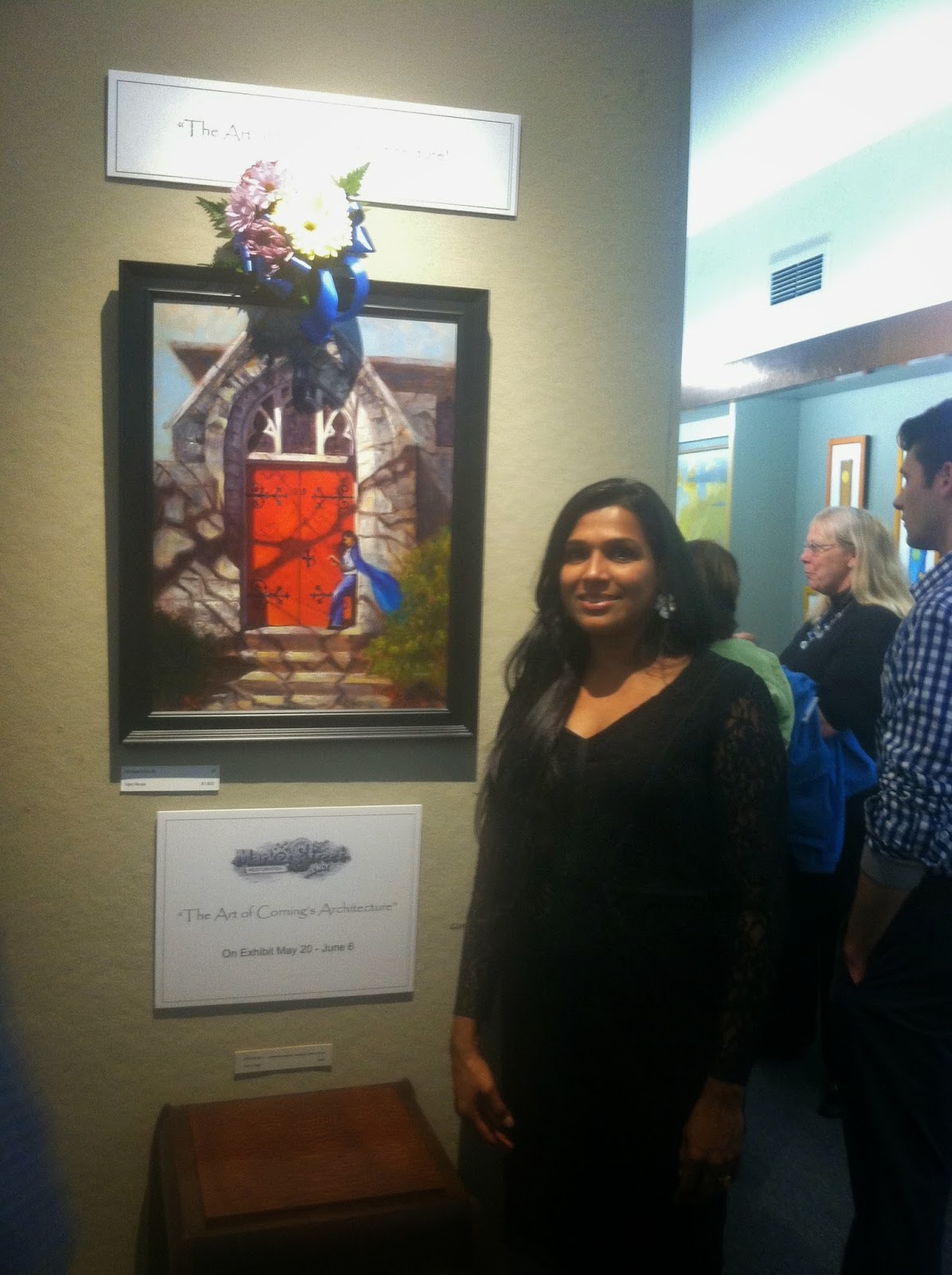